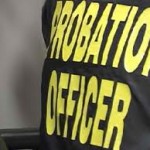 In all cases in which a defendant’s criminal conduct has caused pecuniary damages to a victim, the trial court is required to order the defendant to pay restitution . . . as part of the judgment.”  In addition – a trial court has broad discretion in determining the terms and conditions of a restitution order, and its ruling which cannot be disturbed on appeal absent a clear abuse of discretion.

The Colorado Restitution Act is “liberally construed” to accomplish the purpose of making crime victims whole for the harms they suffered because of particular defendants’ criminal conduct.

Under the Act, restitution is defined as “any pecuniary loss suffered by a victim,” including but not limited to:

The Colorado courts recognize that a complete list of those losses includable in a restitution order is not possible .. The law in Colorado does place limits on what may be included.”

A loss claimed under the restitution statute must be a pecuniary loss, and it may be one specifically mentioned in the statute or it must be a loss or injury that is `proximately caused by an offender’s conduct and that can be reasonably calculated and recompensed in money.'”

Thus – there is a two tiered test for an order for restitution – – while test most restitution claims CAN be “reasonably calculated and recompensed in money” the second tier – is the more important – that is whether the loss was proximately caused by an offender’s conduct. Proximate cause is further defined as “a cause which in natural and probable sequence produced the claimed injury” and “without which the claimed injury would not have been sustained.”

The Easy Case For Restitution

Restitution that is ordered for losses that are “directly caused by an offender’s conduct, such as property unlawfully taken or damaged and personal injuries inflicted by the offender is the easy case. But when the claimed loss “is attenuated from the offender’s conduct” the case is much more difficult.

In one Colorado case the victim requested that the party responsible for a burglary was ordered to pay restitution for the cost of installing a burglar alarm system in the victim’s home. The defendant appealed and won the case.  On appeal – the Colorado Court of Appeals said that even a liberal reading of the law would not support a loss claimed by the victim other than a generalized feeling of insecurity” which was common to most crime victims.

“Crime victims’ feelings of insecurity could have multiple causes, and the solutions they select are very subjective and potentially numerous or varied. Thus, a victim’s effort to find peace of mind and a sense of personal security is attenuated from the offender’s conduct.”

More than speculation is required in order for the defendant to bear responsibility for paying restitution for the injury. There must be a causal connection between defendant’s conduct and the victim’s desire for increased security. Further a defendant should not be forced to repay a victim when there has been no indication that the damage or injury sustained by the victim was inflicted by the defendant.

While restitution is intended to make the victim “whole”, it is NOT to put the victim in a better position than before the crime occurred. A victim is made whole when he or she is placed in the same financial position he or she would have been in had the wrong not been committed.

At the probation violation hearing that followed, the parties agreed that the defendant had been paying restitution ” to the best of his ability” and that he had not willfully violated the restitution order.

Understanding The “Inability To Pay” Restitution

Subsection (3)(d) of that law (reprinted below) requires the judge to make findings of fact concerning a defendant’s ability to pay restitution and where a collections investigator asks a judge to issue a notice to show cause the judge must examine the reasons why the defendant missed or has been late making one or more payments. AND if the defendant does miss these payments, whether he or she was able to make the payment or payments.

A defendant’s good faith attempts to pay restitution is the issue as well as his or her limited ability to make the payments are expressly limited by the express provisions of the law.

Section 16-18.5-105(3) provides that when a defendant fails to make a payment of restitution within five days after the date the payment is due under a payment schedule established pursuant to title 16, article 18.5….

The collections investigator may, among other remedies,

• ask the clerk of court to court to issue a writ of execution, writ of attachment, or other civil process to collect the judgment as provided in section 16-18.5-105(3)(c);

• ask the court to issue a notice requiring the defendant to appear Before the court and show cause why the required payment or payments were not made as provided in section 16-18.5-105(3)(d);

THEN the Court may, (among other things):

On the other hand – if the judge finds that a defendant was not able to make the missed or late payment or payments, it may not impose the remedies in the above list. § 16-18.5-105(3)(d).

Summary Of The Law

Where there is a stipulation that a defendant has been paying restitution to the best of his ability and had not willfully violated the restitution order….. then the trial court MUST vacate the order extending the term of probation and issue an order denying the probation department’s revocation complaint, subject to the People’s right to appeal such order.

But that does not end the restitution debt – the denial of the probation revocation complaint under these circumstances does not excuse defendant from his obligation to pay the total amount of restitution ordered because under Colorado law See 18-1.3-603(4)(a), C.R.S.2008 an order of restitution ” shall be a final civil judgment in favor of the state and any victim” that ” remain[s] in force until the restitution is paid in full.”

(2) In addition to any other costs that may accrue, for each payment of restitution that a defendant fails to make within seven days after the date that the payment is due pursuant to any payment schedule established pursuant to this article, the late penalty fee established in section  16-11-101.6 shall be assessed, and the associated provisions of section  16-11-101.6 may apply. The late fees shall be collected from the defendant after the defendant has satisfied all orders for restitution. All payments for late fees shall be credited to the judicial collection enhancement fund created in section  16-11-101.6(2).

(3) Whenever a defendant fails to make a payment of restitution within seven days after the date that the payment is due pursuant to a payment schedule established pursuant to this article, in addition to any other remedy, the collections investigator may:

(a) Conduct an additional financial investigation of the defendant as described in section  16-18.5-104(3);

(b) Issue an attachment of earnings requiring that a certain portion of a defendant’s earnings, not to exceed fifty percent, be withheld and applied to any unpaid restitution, if such an attachment does not adversely impact the defendant’s ability to comply with other orders of the court. An attachment of earnings under this paragraph (b) may be modified to a lesser or greater amount based upon changes in a defendant’s circumstances as long as the amount withheld does not exceed fifty percent and may be suspended or cancelled at the court’s discretion. An attachment of earnings issued pursuant to this paragraph (b) shall be enforceable in the same manner as a garnishment in a civil action. For purposes of this section, “earnings” shall have the same meaning as set forth for any type of garnishment in section  13-54.5-101, C.R.S., and shall include profits.

(c) Request that the clerk of the court issue a writ of execution, writ of attachment, or other civil process to collect upon a judgment pursuant to article  52 of title 13, C.R.S.;

(d) Request that the court issue a notice to show cause requiring the defendant to appear before the court and show cause why the required payment or payments were not made. Upon a finding of the defendant’s failure to pay, unless the defendant establishes that he or she was unable to make the payments, the court may:

(I) Revoke probation and impose any other sentence permitted by law;

(III) Extend the period of probation; or

(IV) Find the defendant in contempt of court and impose any authorized penalties for such action.

(e) (I) Employ any method available to collect state receivables, including the assignment of the defendant’s accounts to a third party that has an agreement with the judicial department under this paragraph (e).

(II) The judicial department may enter into agreements with third parties for collection-related services. Any fees or costs of the third parties shall be added to the amount of restitution owed by the defendant, but such fees and costs shall not exceed twenty-five percent of the amount collected.

The Law Offices of H. Michael Steinberg, in Denver, Colorado, provide criminal defense clients with effective, efficient, intelligent and strong legal advocacy. We can educate you and help you navigate the stressful and complex legal process related to your criminal defense issue.

H. Michael Steinberg, is a Denver, Colorado criminal defense lawyer who will provide you with a free initial case consultation to evaluate your legal issues and answer your questions with an honest assessment of your options.

Helping Clients To Make Informed Decisions In the Defense of Colorado Criminal Cases. Colorado Defense Lawyer H. Michael Steinberg provides solid criminal defenses for clients throughout the Front Range of Colorado… with experienced defense in cases of Non-Payment Of Restitution.