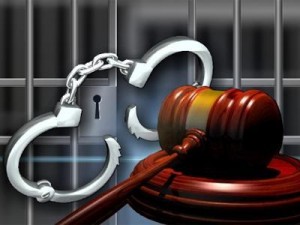 Last week, as reported by Libor Jany of www.Newstimes.com. a former Connecticut ex-basketball coach, Frank Warecke, was charged with and arraigned for violating his sex offender probation conditions.

As in Colorado – the terms of his sex offender probation required that he not have contact with anyone under the age of 18 until given permission to do so by the probation officer and the Court.

The former high school girls basketball coach was arraigned on probation violation that alleged that her attended a basketball game with his son. Later he also left the state without permission to tape an episode of Dr. Phil.

It had been ten years since his conviction for having an affair with a female high school student. despite that lengthy passage of time – the requirement that he not have contact with “children” was still – for some reason I can not fathom – in place.  In Colorado – that condition – with 6 months of successful therapy – that condition can be lifted under the Sex Offender Management Board Standards.

Frustration Tips The Scale For The Probationer On Sex Offender Probation

The NewsTimes reported that the defendant KNEW he could not attend the game – and that the  decision to attend the game could very well result in a sentence back to prison, he not only attended the game with his son – he cut off his anklet and traveled to California to tape the Dr. Phil Show.

Obviously this case points out the frustration of a man than can no longer abide by the Draconian conditions of his sentence.  This occurs very often in Colorado.  The intensive nature of Colorado Sex Offender Probation often causes desperate parents to extreme and self destructive acts that arise out of the desperation of men and woman who can no longer comply with the terrible terms of their probation – this case is a good example of the frustration of one man. He will need the experience of a well seasoned criminal defense lawyer well versed in the law and realities of sex offender cases – who can argue for compassion for this man – who’s crime was the result of a man trying to get his life back .